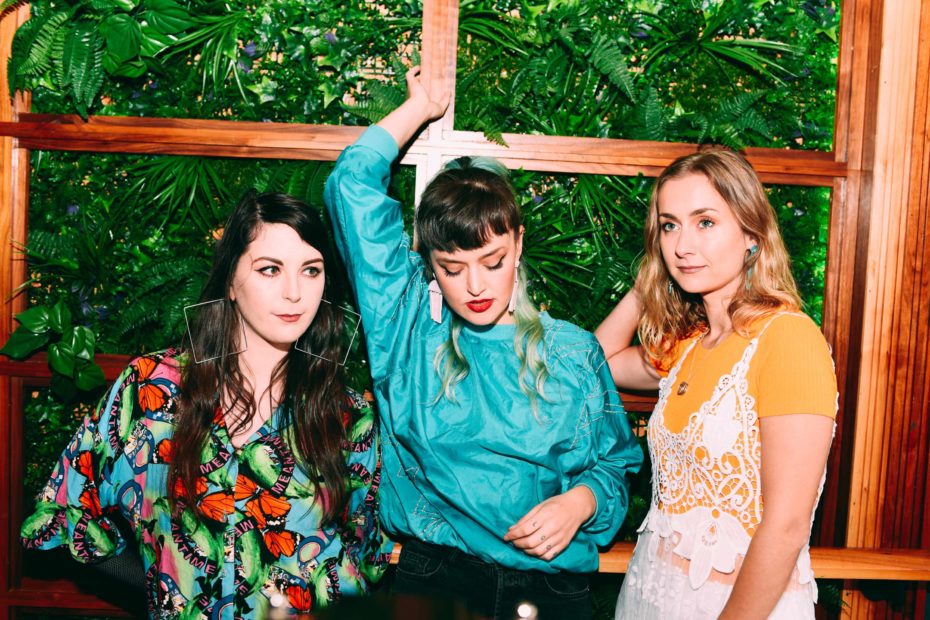 The second album by the Irish musicians was already written and recorded  before the Corona crisis. The release will be exactly two years after the highly acclaimed debut album. The recordings took place at the end of 2019 at JRS Studios in Berlin.

In an interview a few weeks ago, the three musicians where looking back to recording of the album with joy. The experiences of the past years, which they have made through international performances, have flowed into the songs. They sound even clearer in their structure, we hear even more arcs of tension and also quiet tones.

To the moment of the recordings Wyvern Lingo had already decided to move from the little town Bray in Ireland to the wild city Berlin. The move had already taken place at the end of 2019, but the crisis led hem return to their families and friends. The final steps of the production were taken between Germany and Ireland. Drummer Caohime already given us some deeper insights of the last months  in our Instagram livetalk at the end of October 2020.

Now the time has come. Awake You Lie, an album full of pop, rock and RnB, will be released on 26 February 2021. The album is filled with songs that are carried by the voices of the three musicians. Expressive and full of volume, they also use their instruments. Pieces such as Don’t Say It clearly show the full ability of these three musicians who are close friends.

Caoimhe Barry on drums, Saoirse Duane on guitar and Karen Cowley on piano make a band trio that perfectly builds tension in songs and captures mood so wonderfully that you immediately get goosebumps listening to them. The friendship that has grown over the years can be clearly heard in their songs.

Between light and shadow

“A recurring image during the writing process of this album was light, the lack of it and the desire to see things more clearly, for ourselves and others. We named the album ‘Awake You Lie’ because it conjures up an image of night, when someone should be sleeping but can’t because they are restless or worried. In the light of day, things are always clearer,” the band says of the new work.

I think there will certainly be one or two nights when the songs will carry you through sleepless nights. Things Fall Apart is definitely recommended. It is one of the songs that already has a permanent place in the playlists.

With the new album also spinning on the turntable here soon, the anticipation of returning concerts is even greater. With Awake You Lie, Wyvern Lingo bring an album onto the market that is powerful and gentle at the same time. One of my favourite tracks is Ask Away. Please turn it up loud and enjoy the feeling of all the tension of everyday life being released.

If you already want to have the feeling of a concert, you should secure a ticket for the online release concert on 25.02.2021. Tickets are available here.  More about Wyvern Lingo you can read on their homepage, on Facebook, Instagram and Twitter. Even on Youtube and Spotify you can listen to the music of these great musicians.