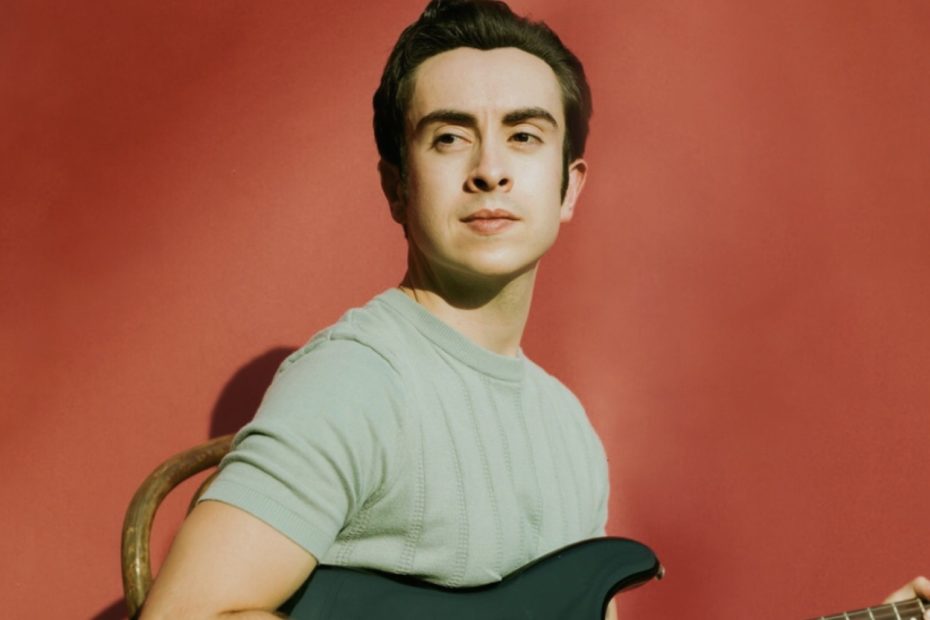 Dylan Chambers has just released a single that is funky and full of real emotion. With Breakdown, the young talent showed once again that the new funk music is more than a track on the dancefloor.

Becoming aware of his music via a chat in Clubhouse, I asked Dylan Chambers directly for some more info via mail about his music and for an interview. Luckily he took some time to tell us more about his plans and music.

“The past year was, as we all can imagine, one of the hardest. All plans for a tour through Amsterdam and the British Isles had been canceled and then I had someone I was very close to in my family pass away. Realizing that all this came together at once made me fall apart and then put it all into the new song,“ Dylan Chambers told me.

Breakdown is more than just a real good funk number. Fully powered with guitar and with enough pop elements, the song will  fit in the charts as well as on the dancefloor. Dylan Chambers gives all his emotions of breaking down and letting go in his lyrics, without sounding depressive. The song sounds more than a new start.

The experiences of the last year had made him stronger and let him know more what he really wanted to do with his music. „I hadn’t ever put out consistent music until now. I spent a lot of time through the years trying to define and perfect my sound. When the pandemic hit, I realized it was time to start releasing the music I’d had in my back pocket for a bit.”

Dylan Chambers latest singles Ya Feelin’ Good? and I Can Do It Myself sound uplifting and energetic. Even the Jackie Wilson cover (Your Love Keeps Lifting Me) Higher & Higher fits into his discography well. Sounds like there is some more news to come! „Yes,“ Dylan answers with a smile on his face, “I have plans to release a new track every month. Next will be in the mid of March. And hopefully we will put all the new singles into a full album this year. Who knows?” This is awesome news! We will report.

Growing up in a musical family and learning to play guitar by the age of 13, I can imagine what makes his sound so true. Being influenced by a mother who worked as actress in musicals and a father playing blues rock, his career as a musician might have been fixed from the beginning. What happened between his debut and last year, I asked wondering of the long silence. „It took me some time to find a producer who understood and clicked with my style of music,” Dylan answered right away. In his longtime friend and collaborator Stefan Litrownik (Boyz II Men and Andy Grammer) he found the partner he needed to go the steps forward on his music career.

“The funk sound I am presenting now is what I’ve wanted to do and had in my head for long time, but was unsure how to get it out there. Now I go my way. Maybe without the lockdown of the last year, this might not have been possible,” Dylan explained thinking back in time.

The songs of Dylan Chambers are influenced by the music he grew up with and what he listens to nowadays. Asking what funk and soul musicians he adores the most, he answers directly: Prince, James Brown, Rick James and Marvin Gaye. And if we look in nowadays music? Bruno Mars, Vulfpeck and Mayer Hawthorne are the ones he is influenced by.

We end the interview with one of my most favorite topics: Let`s recommend some artists you love the most to the world. Dylan Chambers brings some good tips: The True Loves, St. Paul & The Broken Bones, The Main Squeeze, Theo Katzman and of course, The Dip.

It´s like discovering the music collections of the artist you like the most. A bit like they are showing their secrets to you. Thankful I can just give back my favorite funk band Kleopetrol once more and of course, the new album by Aaron Frazer.

Happy to discover Dylan Chambers and recommend him to our readers. Dylan and I decided to finish our chat with all of you live on Instagram. We will have a talk about music and Dylan has agreed to play one song for us on air. Please join us on Thursday 18th on Instagram. starting at 7pm CET (Hamburg) and 10am UTC (Los Angeles).

You have any questions for Dylan? Please feel free to send them directly to us, or out them in the chat.

You want to know more about Dylan? Please have a look on his webseite, Facebook and Instagram. His songs can be listened as well via Youtube, Spotify and all known streaming services.