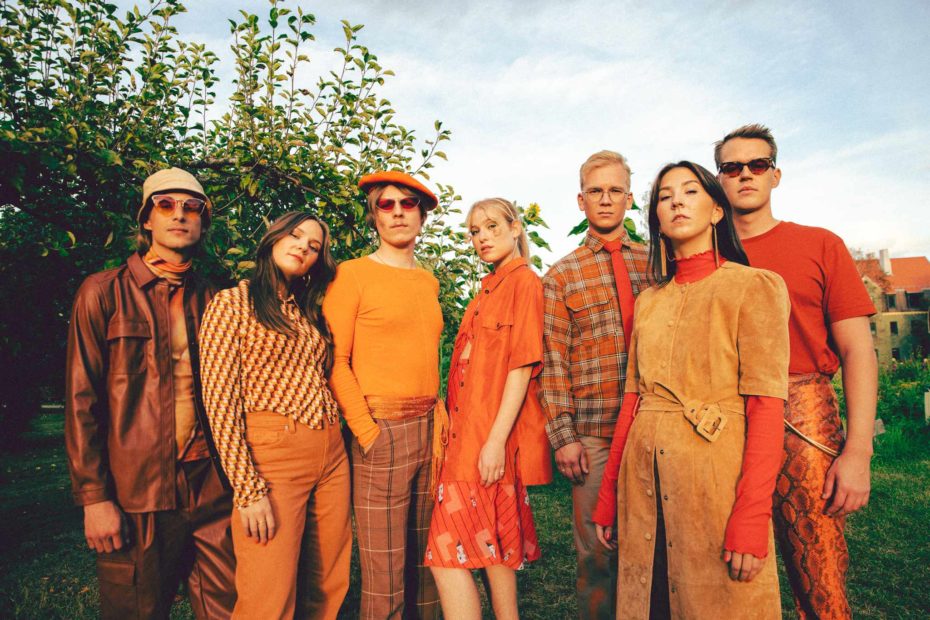 The Norwegian funk & soul band Fieh has not been heard from for a long time. With their new single Grendehus Funkadelic, the combo announces their new album.

The 7-member band should still be familiar to you from their song Glue. The single was already highly praised in 2017. From their debut album Cold Water Burning Skin from 2019, I was personally most convinced by the track Chop Suey in addition to the song 25. The band rightly received the labels “Future Soul” and “Left Field R&B”. It was already grooving properly back then.

Now Fieh are back and, after a long time, they release a song that immediately hits our ears and makes us want to dance. Funky guitars and groovy beats make us start dancing almost from the first bar. But Grendehus Funkadelic is more than “just” a new dance hit. With a length of over 5 minutes, the piece changes after 3 minutes from Funk & Soul to Future Pop and then loses itself in jazzy-spacey rhythms.

Too funky? Maybe a little bit for all those who were expecting radio-ready pop with a hint of funk. This piece deliberately dances out of line and already gives a glimpse of the album In the Sun in the Rain, which will be released in March 2022. Here, the groove will be clearly in the foreground and the sound will be even more experimental. That sounds good. Fieh names The Roots, Joni Mitchell, Erykah Badu, the Beatles or Solange as sources of inspiration. So it seems that the softer soulful note will not be completely missing.

The “Grendehus”, by the way, is a local gathering place in the countryside, like a small community house where everything takes place. So you can imagine that this is also where Fieh celebrated their first gigs and found their beat. We’ve put the new song straight into our Bubbles & Wines playlist. Give it a try.

Surely one or two more singles will be released before the album and maybe the band will delight us with new videos, like the live recording of Glue attached here. Or there will be a tour announcement for the coming year.

Tags:FiehFunkNorwaysingleSoul
previousLady Wray announces new album with ‘Under The Sun’
nextBenny Sings live in Hamburg – a night to remember