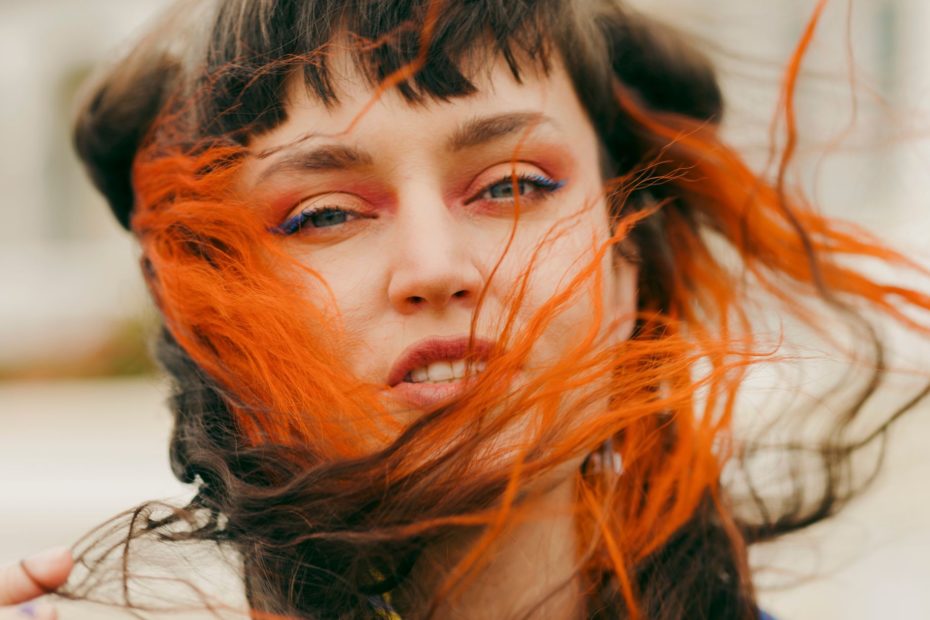 Caoi de Barra is certainly known to many as one third of the alternative pop band Wyvern Lingo. Now the musician has launched her solo career with two single releases. Before the musician goes on tour through Ireland with her 50cc scooter, she answered a few questions for us.

Caoi de Barra presents her first works with her first two own tracks Skirting Board Bonefire and Messy Head. The Irish musician lets her strong voice sound raw and yet almost tender. Accompanied by rough guitar sounds and strings, this twin release is a very special preview of the upcoming debut EP Thicket.

The musician, who hails from Bray in Ireland, has also come up with something special for her first live dates. She has announced a “Scooter Tour of Ireland” for her fans. It will be a round trip with a handful of firmly booked dates and there will certainly be more spontaneous stops. The tour will not take place by car or train as usual, but the musician will travel the country on her 50cc Vespa. The tour will start on 09.08. and the tour finale is planned for 26.08.2022.

After spending a long time together with her bandmates Karen Cowley and Saoirse Duane in Wyvern Lingo, this step into a solo career is certainly particularly exciting. Since 2018, the band has released two albums and an EP. Now the Irish band is taking a break and the musicians are using it for their own projects and performances. Before Caoi de Barra goes on tour next week, she answered a few questions about the release and the tour.

First double release is out. How do you feel?
It’s hard to explain, I’m obviously delighted that it’s out there, and that people can listen to my music and know what I’m all about, but it’s also a bit surreal – it’s my first offering as a solo artist and so it feels extremely personal! I’m excited, I hope people like them and I’m looking forward to making more music.

Why have you released two songs in one day?
I got the idea from a friend of mine, Stevie Appleby, an amazing singer songwriter from Ireland. Having two songs out is kind of like releasing a teeny tiny EP, and it feels most like something you could keep playing, rather than just one song over and over.

Note from the writer: We can prove: it was a perfect idea for the start.

Is it true, that you are going on tour traveling on your scooter? How do you carry your baggage and a guitar?
Haha on a scooter – yes! A 50cc Vespa type thing. I’ve been driving scooters for years, and I’ve always imagined taking off around the country and playing shows! I’ve actually invested in a travel electric guitar, a great little pink thing, with the tuning pegs in the body – it looks a bit like a bit spatula. So I’ve got that and saddle bags strapped to the side, and off we go!

Thanks for taking the time for the interview, Caoi de Barra. we wish you a magnificent tour.

Everyone who has the opportunity to go to a concert should take it. And maybe there will be a similar tour in Germany soon.